Overview
Products
Technical Documentation
The QCS-AX2 is a family of highly integrated Wi-Fi 6 baseband chips that support up to 12 spatial streams in a single chip. The family supports unprecedented 9.75Gbps PHY rate and can be configured for either 8x8:8ss + 4x4:4ss dual band or 4x4:4ss + 4x4:4ss +4x4:4ss triband solutions. It provides a full offloading architecture and flexible interfaces to work with varieties of network processors, gateway SoCs to address a broad spectrum of applications in carrier, service provider, enterprise, industrial and retail markets. The QCS-AX2 family is fully compliant with 802.11ax/ac/n/a/g/b standards.

What's Telefonica's approach and strategy in introducing Wi-Fi 6 to the mass market? Find out here as Claus Hetting from Wi-Fi Now interviews Telefonica's Rubens Bastos. Sponsored by ON Semiconductor. 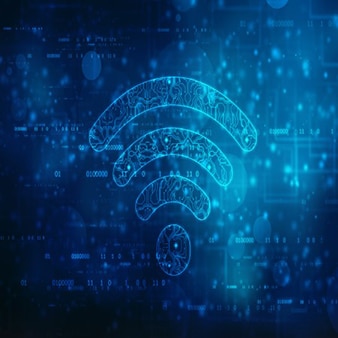 Adaptive MIMO in the Era of 6 GHz Wi-Fi

While there is little doubt that the introduction of 6 GHz is a great development, the mechanics of its adoption into everyday devices that we all have and love are a bit more complex. We can look at the adoption of Wi-Fi 5 (802.11ac) technology as a good model of what will most likely happen. 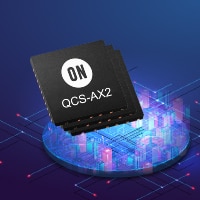 ON Semiconductor announced sampling of its new QCS-AX2 chipset family that supports the 6 GHz spectrum band based on the enhanced Wi-Fi 6E standard. Designed with a high performance, flexible architecture to maximize usage of the 6 GHz band, the new product family is optimized for high-throughput Wi-Fi applications, such as access points, gateways, and mesh networking solutions for dense environments and underserved areas.

Read More
Your request has been submitted for approval.
Please allow 2-5 business days for a response.
You will receive an email when your request is approved.
Request for this document already exists and is waiting for approval.