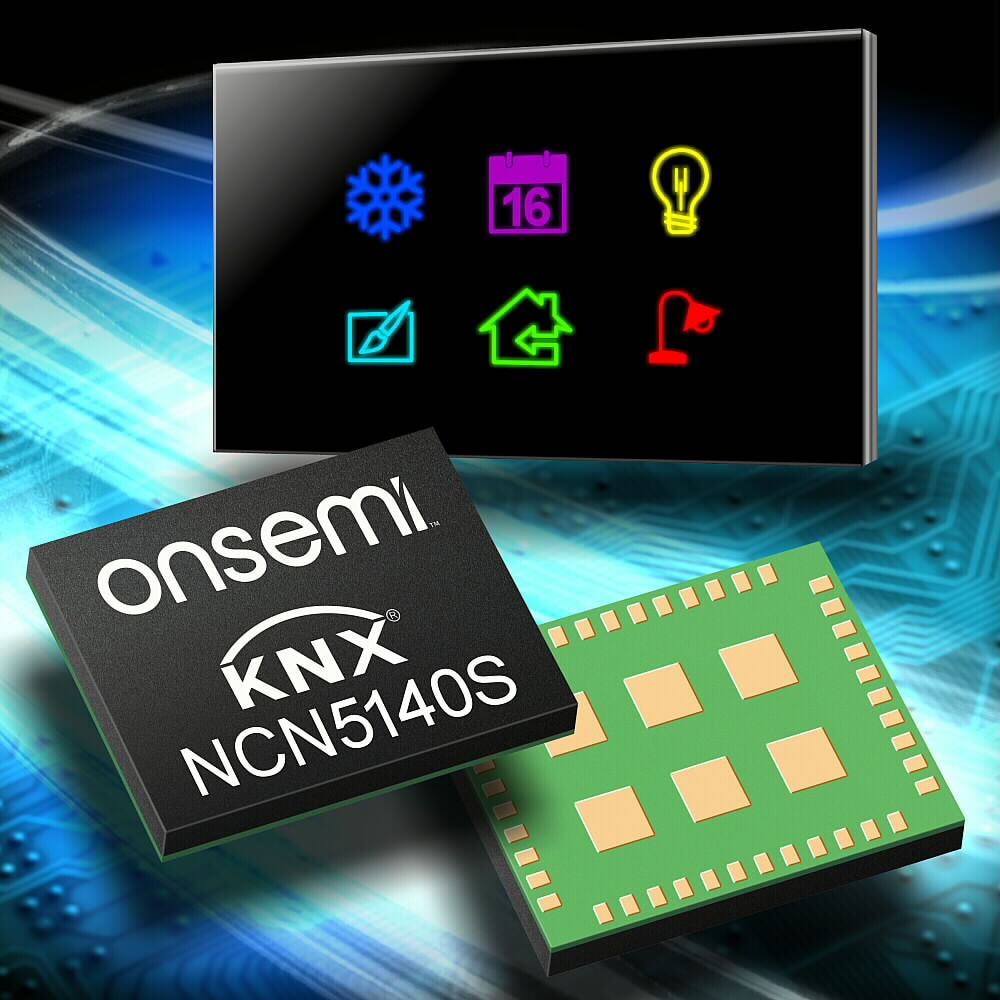 It should be no surprise that KNX® is considered a leading protocol for building and home automation with over 8,000 certified products and 500 member companies in the KNX association that align with nearly 100,000 installation partners covering 190 countries. In fact, KNX is the only truly open and vendor-independent global standard, with around 400 million devices deployed.

The KNX bus protocol is standardized through multiple international and regional standards, combining legacy protocols to deliver a media-independent OSI protocol. KNX can be deployed wirelessly via RF or IP, but simple twisted pair that carries node power and data is highly popular due to its low cost and simplicity. The similarity to telephone wiring only helps to strengthen the familiarity of KNX wiring.

The need for interoperability

Given the considerable breadth and installed base of KNX, it simply could not exist without interoperability between products from different vendors. A widespread certification program managed by the KNX association requires vendors to demonstrate that products comply, especially protocol features, supported profiles, internetworking, and optional functions.

While the testing can be onerous, it should not be a hurdle—simply ensure 100% interoperability. However, if a vendor intends to resell a previously certified product—bought from an association member—under its own brand. Then, provided the physical layer (PHY) and the software stack are present and unmodified, further testing of this ‘derived’ or ‘OEM’ product is not required. This simplifies the process significantly and avoids the time and cost associated with unnecessary testing, as products need only carry a KNX Declaration of Product Modification instead of undergoing complete compliance testing.

The modular approach to KNX

The first KNX pre-certified System-in-Package (SiP), the NCN5140S, delivers a significant step forward in widening the adoption of the KNX network in building automation. The traditional approach to designing KNX networks involves building a system using separate parts. The NCN5140S SiP is pre-certified and requires only high-level customization without touching any underlying firmware, PHY, or software stack. It is finally possible to develop customized KNX systems without needing to test and certify every variant of a system design.

The NCN5140S from onsemi includes all critical and certifiable elements, including the PHY and media access controller (MAC) with the KNX network stack and application software. These elements are integrated into the SiP, running on an ARM® Cortex®-M0+ based microcontroller. 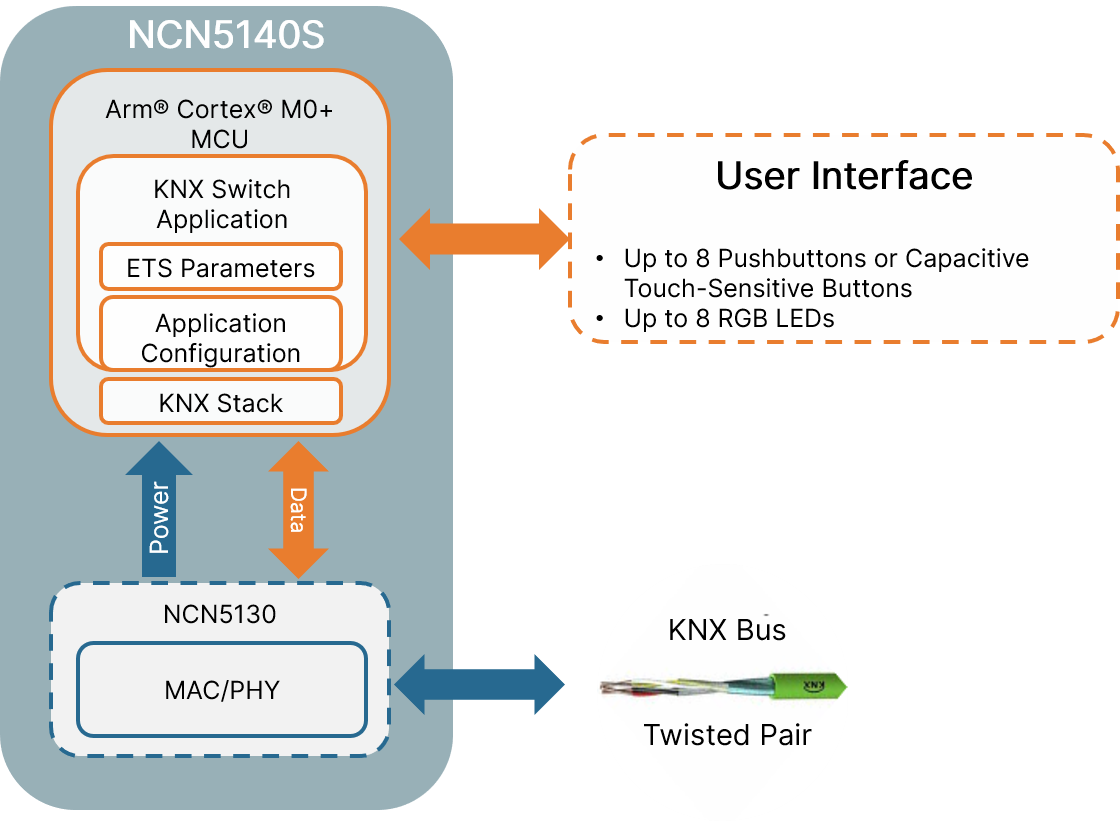 As the KNX transceiver (PHY+MAC), network stack, and application software are pre-certified, any products developed using the NCN5140S can be considered to be derived or OEM products. The new SiP saves time and cost and mitigates design risk when developing new KNX products.

Capacitive inputs can be challenging, so onsemi also provides the firmware needed to interface the SiP to this input type. The application software and certified stack are both supplied as binary code programmed during assembly and then configured via the Engineering Tool Software (ETS).

The SiP-based modular KNX process for the NCN5140S SiP requires a total of three steps:

1)    Program the firmware (a binary file) into the ARM microcontroller

The NCN5140S is explicitly designed for wall switches or dimmers. In most cases, these are user interface panels for controlling building features such as lighting, HVAC, window controls, and building access.

The OEM manufacturer utilizing the SiP in their design can set up the device during the End-of-Production programming. Most important during this setup is programming the unique KNX network ID, specific for the OEM manufacturer. Next, the application can be configured with the number of switch or touch buttons present, if these require dimming, and the settings for the monochrome or RGB LEDs in the design.

Finally, the installer can customize the wall switch completely through the ETS, available through the KNX Association. Names can be assigned, while button functions, LED behavior, state indications, timers, scene settings, etc., can all be customized to the individual building.