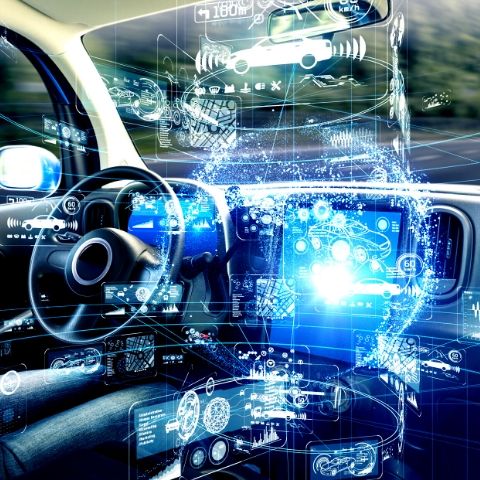 The rapid advancement in technology pertaining to automation is revolutionary and it is a privilege to be witnessing this change during our lifetime. With all the discussions and debates around automation and the future of mobility, it is hard to ignore the role of self-driving cars. The wide-scale adoption of autonomous vehicles (AVs) will be transformative, impacting almost every facet of our lives. AVs hold the potential to transform the way we live, travel, work, vacation and enjoy our leisure activities.

Almost every original equipment manufacturer (OEM) and tier 1 in the automotive sector, along with an ever-widening array of new entrants have announced their plans and intentions around autonomous driving technology. However, one question remains open; when can we expect the mass deployment of self-driving cars?

Looking at the history of advances in vehicle technology and eventual adoption, it is clear that it took some technologies decades to progress from initial introduction to mass adoption. Automatic transmissions took 50 years to reach 90% market share in the US, for example, while navigation systems took 30+ years to become pervasive. On the other hand, other technologies have had very different adoption cycles. Airbags experienced comparatively rapid and wide adoption across the industry, taking just 25 years to get to 100% adoption. Backup cameras are another example; becoming prevalent and mandated in a little over a decade. The first commercial backup camera was introduced in the U.S. in April of 2000, in Nissan's Infiniti luxury division Q45 flagship sedan unveiled at the New York International Auto Show. On March 31, 2014, four years past its deadline, the U.S. National Highway Traffic Safety Administration announced that it would require all automobiles sold in the United States, beginning May 2018, to include backup cameras.

The similarities in the airbag and backup camera examples, besides their obvious impact on safety and relatively fast market penetration, is the fact that they both became mandated by the government. Thus, assuming that regulations play a role in enabling wide-scale deployment and thereby adoption, how does this impact on the fledgling topic of regulations for AVs? The best summary for the state of government regulations in regards to self-driving cars currently is that “there’s no requirement. There’s no evaluation. There are no real standards issued.”

Around the beginning of January 2020, U.S. department of transportation secretary, Elaine Chao, rolled out an updated set of guidelines governing autonomous vehicles that don’t require any compliance from automotive and technology companies. In the words of Chao, “such innovation requires appropriate government oversight to ensure safety, open markets, strategic allocation of public resources, and protection of the public interest.” This is the first time that a statement from the White House was issued surrounding AV technology; it is a start, but still a long way from where we need to be. The new AV document released highlights the need for automakers to be focused on AV safety but does not mandate the need. It is merely voluntary. Neither does the document highlight the thorny issues faced by regulators in this burgeoning technology space.

One of the biggest issues faced by the regulators is defining safety. At what point can an OEM classify their vehicles as safe for both the passengers and the pedestrians around? How will a regulatory body weigh the risks of a new technology to its current users (or even those involuntarily in the proximity of autonomous vehicles) versus its potential benefit for future adopters? The technology in research labs and limited field tests has made leaps of advancement, but only a small fraction of this technology is currently implemented by various OEMs for their consumer-facing cars and automobiles. There are a lot of questions and some answers, but we are not at a point where the industry can claim the “perfect solution”. The expectation from the federal authorities is not to define this “perfect solution”, but to be able to provide the framework in which to operate. This will need an iterative approach from both the innovators and the regulators. They cannot operate in an either/or setup but instead, need to operate as partners to enable uptake of the technology. It will require proactive and efficient support for the authorities, not one that has been followed to date. In the United States, for instance, Title 49, part 500 of the Code of Federal Regulations, which includes the Federal Motor Vehicle Safety Standards and other auto-related items, contains nearly 1,000 rules—two-thirds of which have never been edited. On average, it has been 20 years since any given rule has been created or updated.

Another impediment to the adoption of self-driving cars remains the need for acceptance and trust among all involved. A ‘cool’ technology in itself is unlikely to convince people of the advantages of new forms of transportation. AVs are expected to help with deep systemic issues including congestion, accessibility for the challenged and underprivileged, and avoidable road fatalities. However, without acceptance from a majority of the population complemented by customer-focused execution, proponents of the AV ecosystem will not be able to maximize the potential of this life-changing opportunity. Regulators sit at the center of this revolution and have a responsibility to help nurture the trust necessary for prolific adoption of this technology.

The government will need to play its part in reducing barriers so that innovative companies can put more trials on the street, and move to larger-scale deployment. The government can help more with mandates and special concessions to speed up the development and adoption, for the goal of the long-term societal benefits (fewer deaths/accidents, greater access to affordable and convenient transportation, etc.) ON Semiconductor forges ahead bringing innovative sensor technologies to help our customers solve this complex engineering problem.  The best way to predict the future is to create it.

Be sure to subscribe to our blog to get updates and continue your learnings from our ON Semiconductor experts!