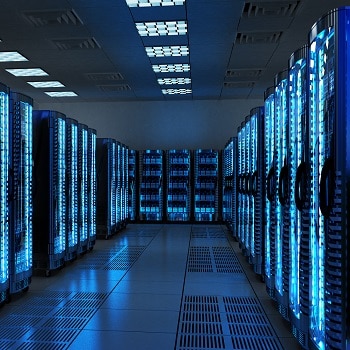 Data is one of the most valuable commodities in our modern world. Trends such as the forthcoming rollout of 5G mean that large amounts of data will be able to be moved rapidly, supporting the further growth of data-hungry formats such as the video content needed for VR/AR. Increasingly, we are turning to the Cloud for the safe-keeping of this vital information.

As storage for data is reducing in cost, housekeeping of older data becomes less important - the storage capacities required are spiraling at unprecedented rates. As a consequence, the power required to keep data centers running is now very significant and continuing to grow rapidly. Currently estimated to use 3% of U.S. electrical power, forecasts estimate that the power consumed by data centers will reach 15% by 2040.

To achieve these goals, the power systems have to become more efficient, with less waste heat, thermal management becomes less of an issue and power densities can increase, reducing the overall size. The reduced temperatures achieved through greater efficiency also contribute to reliability, which is highly beneficial in data centers.

In order to achieve this performance and reliability, the power systems are becoming more sophisticated and including greater levels of integration, especially in the area of the power switching MOSFETs and their associated drivers. Additional functionality is being incorporated to ensure the highest levels of operational uptime, including the ability to hot-swap devices such as fans and disc drives.

At the next level of power density are Smart Power Stage (SPS) solutions that integrate MOSFETs, drivers and sensing devices for current and temperature. This approach allows the constituent parts to be matched and optimized to each other, achieving performance levels that are not possible in discrete solutions. 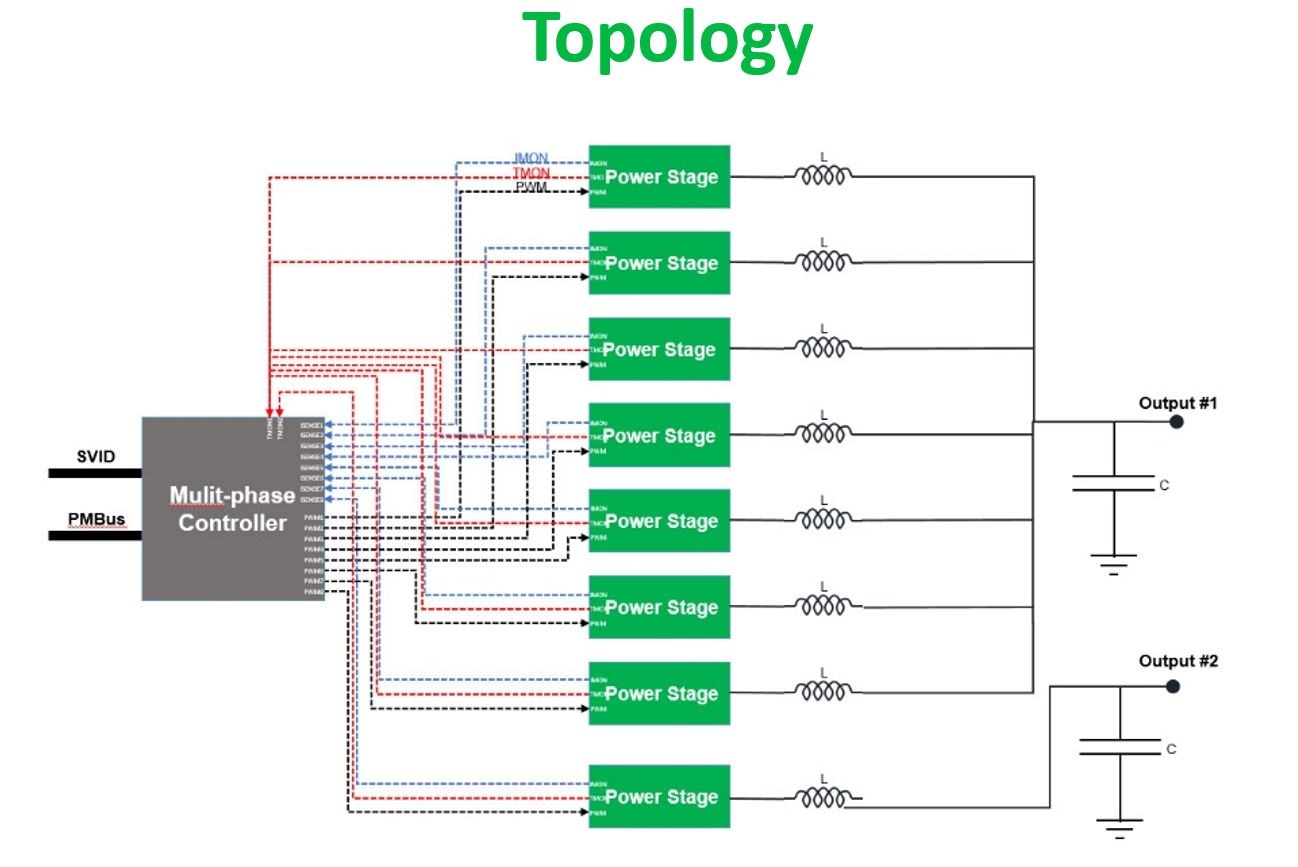 MOSFET technology has improved significantly, allowing the integration of a control IC and MOSFETs in a very efficient and compact package. For example, ON Semiconductor recently released the NCP3284 1MHz DC-DC converter that has a 30A capability and multiple protection features within a tiny 5mm x 6mm footprint. Operating at elevated frequencies allows the size of external passive components to be reduced, increasing overall power density.

eFuses, such as the NIS5020, NIS5820 and NIS6150, perform an important role in data center applications. These intelligent semiconductor-based devices perform an essential role in power systems where the load needs to be removed while power remains on. This allows the replacement of parts that have failed prematurely such as fans or disc drives, as well as permitting routine maintenance such as upgrading disc drives – all while the system remains operational.

Perhaps the most significant change within data center related power technology is the trend towards replacing traditional silicon-based devices with modern Wide Bandgap materials such as Gallium Nitride (GaN) or Silicon Carbide (SiC). Not only are devices based on these materials able to operate at higher frequencies and higher temperatures, they are inherently more efficient – creating the smaller, cooler and more reliable efficient solutions that data centers demand.

Although the cost of SiC-based MOSFETs remains above their silicon counterparts, costs have dropped and the associated savings in inductors and capacitors, where values are lower than with silicon designs, means that the BoM cost of a SiC-based power solution is now lower than for a silicon design. This is expected to be a tipping point that will lead to faster adoption of WBG technology, further reducing costs.