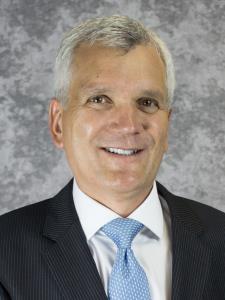 Paul A. Mascarenas has served as a director of onsemi since November 2014. Mr. Mascarenas served as the Chief Technical Officer and Vice President of Research & Advanced Engineering at Ford Motor Co. (“Ford”) from January 1, 2011, to September 30, 2014, where he oversaw Ford’s worldwide research organization as well as the development and implementation of the company’s technical strategy, planning, and research and development. From January 2007 to December 2010, Mr. Mascarenas served as Ford’s Vice President of Engineering, and from November 2005 to December 2007 he served as Vice President of North American Vehicle Programs. From 1982 to 2005, Mr. Mascarenas held various positions in product development, program management, and business leadership at Ford. He holds a mechanical engineering degree from the University of London, King’s College in England as well as an honorary doctorate degree from Chongqing University in China. In 2015, he was appointed Officer of the Order of the British Empire by Her Majesty Queen Elizabeth II for his services in the automotive industry.

Mr. Mascarenas has served on the boards of directors of FISITA (The International Federation of Automotive Engineering Societies) from 2014 to August 2021, Mentor Graphics from 2015 to 2017, Fontinalis Partners from 2015 to 2019, the Society of Automotive Engineers International from 2018 to January 2021, and the British American Business Council of Michigan from 2015 to August 2021. Mr. Mascarenas currently serves on the boards of directors of AmmPower Corp., United States Steel Corporation, BorgWarner, Inc., and The Shyft Group.