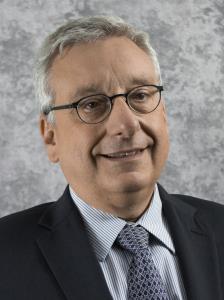 Gilles Delfassy has served as a director of onsemi since August 2015. Mr. Delfassy is highly respected as an expert in the global semiconductor and wireless electronics industries, having spent the majority of his 35-year career at Texas Instruments Incorporated (“TI”). He brings strategic insight and an impressive track record of successful new business development, including systems solutions and the integration of companies through acquisition both in the U.S. and abroad. In addition, he has extensive marketing and global manufacturing experience.

At TI, Mr. Delfassy served as Senior Vice President & Executive Officer, General Manager leading the company’s worldwide wireless communications business, growing it to the number one position in the global market. Prior to founding and leading TI’s Wireless Terminals Business, he served as TI’s European Digital Signal Processing Department Manager. In this position, Mr. Delfassy played a primary role in the definition and significant growth of TI’s worldwide DSP strategy. Previously, he was TI’s European Automotive and Microcontrollers Business Unit Manager, during which time Mr. Delfassy built a profitable business that was ultimately worth several hundred million dollars. From 2012 to March 2017, he served as a director of Imagination Technologies. Mr. Delfassy currently serves as a member of the boards of directors of Cavendish Kinetics, Inc., a provider of RF MEMS components for smartphones, wearables, and ultra-portable devices, Kalray S.A., a French fabless semiconductor and software company, and eLichens SAS, a research and development company that provides services and sensing solutions for hyper-local air quality.