We are building a better future through intelligent technology

For over 60 years, onsemi and its ancestors have been leading the world’s greatest technology advancements.

We push innovation to create intelligent power and sensing technologies that solve the most challenging customer problems. Our employees are inspired each day to increase stakeholder value through high-quality and high-value products and services.

Learn more about our executive team and the board of directors. 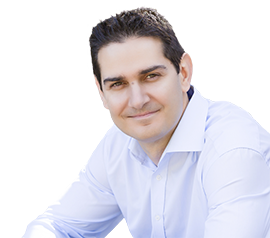 As a leading semiconductor manufacturer with over 80,000 different parts and a global supply chain onsemi serves tens of thousands of customers across hundreds of markets.

Through both acquisition and robust internal development, onsemi has achieved leadership positions in several markets and technologies that fuel its growth, including automotive, industrial, and cloud power. In 2021, to better reflect its broad technology portfolio, differentiated product lines, and market leadership, ON Semiconductor rebranded itself as onsemi.

Though there is a new look and feel, the company’s roots are foundational. In 1999, Motorola spun off its standard products semiconductor business into an independent company called ON Semiconductor. Motorola had been a pioneer in transistors, especially for commercial applications. In fact, a Motorola transponder relayed the first words from the moon to Earth in July 1969. Motorola also pioneered the automotive electronics industry, from the first mobile radios in police cars in the 1940s to automotive electric controls and semiconductors in the 1970s.

However, Motorola wasn’t the only industry pioneer to provide the foundation for the modern-day onsemi. In 2016, onsemi acquired Fairchild Semiconductor to become a top semiconductor manufacturer. Fairchild was founded in 1957 to build transistors out of silicon rather than the more common germanium. It also pioneered the planar process, making transistors more easily, at a lower cost, and with higher performance and reliability. This planar process led Fairchild to develop the first commercially viable integrated circuit in 1960, which became the foundation for many of the innovations we enjoy today. 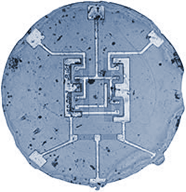 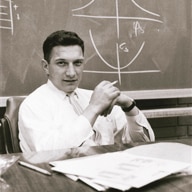 The US Patent Office Issues Robert Noyce a Patent

onsemi and our ancestors have been changing the world for the last 60 years, and our intelligent technologies will continue to build a better, more sustainable future.

Fairchild and Motorola served as the foundation for the technology industry that we know today. Almost every technology company currently in existence can trace its roots back to one of these pioneers. However, not only does onsemi combine the heritage of industry giants Motorola and Fairchild, but also Cherry Semiconductor, AMI Semiconductor, SANYO Semiconductor, Aptina Imaging Corporation, SensL Technologies and many others.

onsemi’s commitment to ethical, environmentally sustainable, and responsible business practices is unmatched, but don’t just take our word for it. Here are only a few of the latest awards that we have received for our efforts:

World Finance awarded onsemi its Most Sustainable Company in 2020 and 2021 in the semiconductor industry.

Ethisphere’s has recognized onsemi with World’s Most Ethical Companies® for six years in a row.

In 2020, EcoVadis awarded onsemi with its highest level of recognition, platinum.

In December of 2020, onsemi was named to Dow Jones Sustainability Index for the third year in a row.

onsemi was recognized on Barron’s 100 “Most Sustainable Companies” for four years in a row.

onsemi is a full member of the Responsible Business Alliance.

onsemi has design, solution engineering (SEC), manufacturing, sales, and support locations in countries worldwide. Learn more about our facilities and the cities our employees call home.