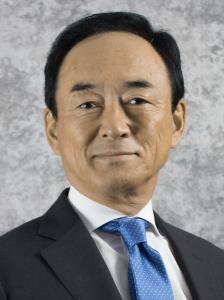 Atsushi Abe has served as a director of onsemi since February 2011. Mr. Abe serves as the managing partner of Advanced Solutions, Inc. after having previously served as the senior advisor of Sangyo Sosei Advisory, Inc., a technology, media and telecommunication industry-focused mergers and acquisitions advisory firm, starting in 2009. From August 2004 to March 2009, he served as a partner at Unitas Capital, formerly CCMP Capital Asia and JP Morgan Partners Asia, and was responsible for investments in Japan and in technology companies generally. From August 1998 until July 2004, Mr. Abe worked for Deutsche Bank Group in San Francisco and in Tokyo as a managing director and held leadership positions including head of Global Corporate Finance in Japan, head of Global Semiconductor Investment Banking, and head of TMT Investment Banking in Asia. From December 1992 through July 1998, he worked as a managing director for Alex Brown & Sons, Inc. in San Francisco and Tokyo, which was subsequently acquired by Deutsche Bank Group.

Prior to joining Alex Brown & Sons, Inc., Mr. Abe spent over 14 years at Mitsui & Co., Ltd. where he held various management positions in the Industrial Electronics Division and Principal Investment Unit. Mr. Abe served on the board of Edwards Group Limited, a United Kingdom-based vacuum technology company, from May 2007 through October 2009. He has served on the board of directors of Fujitsu Limited since 2015 and also formerly served on the board of directors of Binfinity AG, a start-up company offering a regulatory compliant, institutional-grade cryptocurrency exchange platform, from September 2018 to April 2022.