ON Semiconductor Mourns the Loss of Phillip D. Hester, a Longtime Member of its Board of Directors 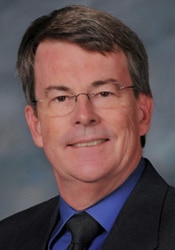 PHOENIX, Ariz. – Sept. 19, 2013 – ON Semiconductor Corporation (Nasdaq: ONNN) has with great sadness learned of the death of Phillip D. Hester, who served as a valued and influential member of the company’s Board of Directors since 2006. Mr. Hester, who held the position of Senior Vice President of Research and Development (R&D) for National Instruments, reportedly passed away on September 17.

“Phil was a respected colleague, a friend, and an influential member of our Board of Directors (BOD) for the past seven years,” said Keith Jackson, ON Semiconductor president and CEO. “We are deeply saddened by the news of his passing. Phil’s passion for technology and breadth of knowledge were truly preeminent. He was a trailblazer of innovation within our industry and an enthusiastic supporter of both technology and technologists. He will be dearly missed.”

Mr. Hester served as a member of the ON Semiconductor’s BOD Corporate Governance and Nominating Committee and was appointed Chairman of the Science and Technology committee which was established in 2011.

“Phil had an innate zeal for technological innovation and helped push the R&D frontier of electronics forward within the industry,” said Dan McCranie, chairman of the board for ON Semiconductor. “During his tenure on the company’s BOD, he advised on a number of strategic technology acquisitions, helped the Board develop its governance policies and practices over the years, and helped expand the R&D excellence within the science and technology organization. Phil was a polymath, a mentor to many, and a man I both respected and enjoyed working alongside. His passing is a sad loss that will be felt by many, including myself. Our sympathy and thoughts go out to his family.”

Biography
Mr. Hester served as a director on the board of ON Semiconductor Corporation since August 2006. Prior to joining National Instruments in 2009, he served as the senior vice president and chief technology officer at Advanced Micro Devices (AMD) and chief technology officer and vice president of systems and technology for the PC division of IBM. He also co-founded and served as chief executive officer of the computer server company Newisys, a Sanmina-SCI Corporation. (For a more complete biography of Mr. Hester, visit the Leadership page.)