Atsushi Abe Joins the ON Semiconductor Board of Directors 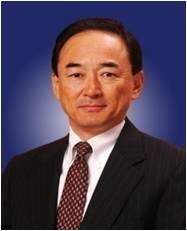 PHOENIX, Ariz. – Feb. 22, 2011 – ON Semiconductor Corporation (Nasdaq: ONNN), a premier supplier of high performance silicon solutions for energy efficient electronics, today announced that Atsushi Abe has joined its Board of Directors. Mr. Abe was elected to this position by ON Semiconductor’s Board of Directors, and was also appointed to the company’s newly formed Integration Oversight Committee.

“Atsushi has more than three decades of financial expertise, proven leadership, and a vast understanding of global and Japanese technology companies,” said Keith Jackson, ON Semiconductor president and CEO. “His addition to the Board will provide ON Semiconductor with a valuable resource as we continue to drive our business forward and integrate the recently acquired SANYO Semiconductor division. We welcome Atsushi to our board of directors and look forward to working with him.”

Mr. Abe is founder and managing partner at Sangyo Sosei Advisory Inc., a mergers and acquisitions (M&A) advisory firm focusing on the Technology, Media and Telecommunication (TMT) industry. Prior to founding Sangyo Sosei in 2009, Mr. Abe was a partner and Japan representative at Unitis Capital (formerly CCMP Capital Asia and JPMorgan Partners Asia) where he was responsible for investments in Japan, led large transaction deals, and was a founding board member of the Japan Private Equity Association.  From 2001 to 2004, Mr. Abe was Managing Director and head of Global Corporate Finance for Deutsche Securities, Ltd, (a subsidiary of Deutsche Bank Group), responsible for investment banking in Japan.  Prior to 2001, he held various leadership positions, including head of Global Semiconductor Investment Banking head of TMT Investment Banking, Asia, at Deutsch Bank Alex Brown, Bankers Trust, Alex, Brown & Sons, and Mitsui & Co., Ltd. Mr. Abe holds an MBA from Stanford University and a Bachelors of Science degree from Waseda University in Japan.

New Board Committees
ON Semiconductor also announced today the formation of two new committees of the ON Semiconductor Board of Directors – the Integration Oversight Committee and the Science and Technology Committee.